Professor Ware is an internationally recognised academic in design practice research. Her publications are published by internationally recognised, high-quality outlets in the discipline such as Sun, Abrams, SpaceMaker, Metropolis, Verlagshaus and A ranked Excellence in Research Australia (ERA) journals. Her track record includes competitive international funding from: The Japan Foundation, The National Endowment for the Arts (USA), the Graham Foundation, and the Sidney Myer Foundation. Her research outputs as creative works have won international awards featured in IFLA and AILA (SIEV X memorial, the Road as Shrine), ASLA (A Memorial to Gang Violence) as well as exhibited in the prestigious Melbourne International Festival (The Anti-Memorial to Heroin Overdose Victims). Prof van Schaik and Prof. Ware were recently were awarded an ARC Discovery grant; (DP 110100939) Design practice research: uncovering the role of spatial intelligence in designing the built environment for $150,000 AUD. In 2013 she was awarded a $47,000 grant from the Office of Teaching and Learning to develop a new Masters of Landscape Architecture program across 6 universities in New Zealand and Australia.
Ware was an International Discipline reviewer for the NZ PBRF in the Built Environment Disciplines until 2011. In 2013 she was nominated to the Australian Research Council’s College of Experts, the first landscape architectural academic to serve on this prestigious board. Ware is a peer reviewer for the following journals: Landscape Journal (A*), Journal of Landscape Architecture (A*), Landscape Review (A), SAHANZ, The Council of Educators in Landscape Architecture Conference (CELA) and The International Congress on Monuments and Sites (ICOMOS). In 2009 she served as an international academic program reviewer for Victoria University, NZ.
Ware is a Fellow of the Australian Institute of Landscape Architects. In 2009 she convened the AILA national conference and served on the National Council as the Victorian representative. She was the invited keynote speaker to UNESCO (2010) where she addressed members of the United Nations about the role of design in social and environmental justice. 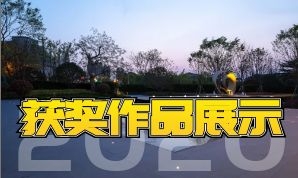